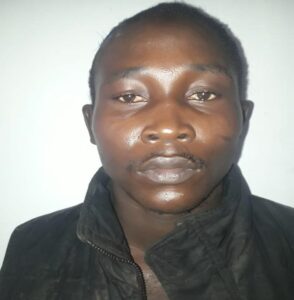 The Wa Circuit Court in the Upper West Region  presided over by Justice Mr Baah Forson has sentenced a 23-year-old nitrorious criminal, Wakilu Adams, to 20 years in hard labour.

The Criminal was arrested after inflicting severe cutlass wounds on one of his victim when he tried to unlawfully take his valuables which his victim resisted.

The victim who became helpless after he was injured by Adams called for help which alerted neighbours around who  came to the rescue.

Adams was arrested and handed over to the police to assist in investigations.

The suspect was arrainged before court on October 11th to charges of roberry which he pleaded guilty and was sentenced to 20 years imprisonment.

God is my Sheperd, and I shall not want
Previous DOWNLOAD: Bisa Kdei – Anadwo (Prod. by Apya)
Next Video: Kwaku Manu And Archipalago Fights In U.S.A 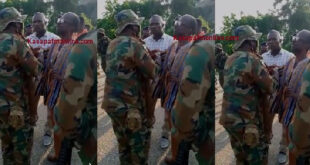 VIDEO: Afenyo Markin got me a Doctor and paid my GH¢200,000 medical bill when I tested positive for COVID-19 – Ken Agyapong

Speaking on Asempa Fm’s Ekosisen, the Assin Central MP said when he was down with …