Yaa Yaa receives a master’s degree from the Canadian University of Waterloo.

Yaa Yaa, a Ghanaian Canadian based singer who goes by Bertha Bridget Kankam in real life, has earned a degree from the University of Waterloo.

Yaa Yaa received a degree in technology, entrepreneurship, and business. Yaa held out her diploma while wearing her cap and gown and smiled charmingly.

Excited Bertha shared a photo of herself with a captain in her graduation gown to show how overwhelmed she is by the accomplishment.

She begged her supporters to assist her praise God for a good conclusion while also promising to return with a speech.

Prior to this, the songwriter finished a 4-year degree program at the University of Ghana. In 2009, Miss Kankam began her musical career.

Essien John who is famously known as Joey Slym is a young Ghanaian man who does Afro Highlife. He hails from Central region,Cape Coast South to be precised but now in Takoradi.

According to him, he discovered his talent when he was in senior high school, music runs through his family as well. The youngster is mostly motivated by nature but dislikes people who are hypocrite.

He has 4 singles and 1 feature out there. He sang Cynderella, Wokw3 Moko, Bouncer and Adannma. He is on all the social media platforms as Joey Slym. 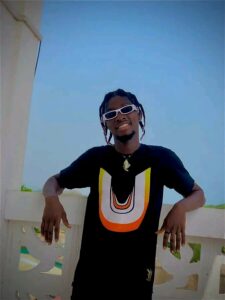 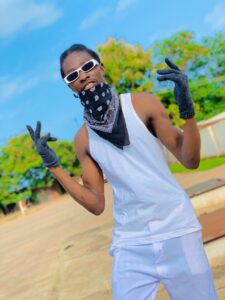 Ghanaian rapper Amerado has announced getting married after releasing his much anticipated maiden album God Is Never Asleep (G.I.N.A) on October 25.

While internet users have exhibited an increased curiosity in the identity of the artist’s future spouse, some have theorized that it might be Deloris Frimpong Manso, better known by her stage name Delay, a TV host and radio presenter.

While some have claimed this, others have criticized his tweet as an attempt to promote his new album.

Amerado expressed his appreciation for Delay in a song he wrote in May of this year, saying that it would be wrong for him to quit the esteemed broadcaster for American diva Rihanna.

The rapper Delay is endearing in the song “Obiaa boa,” which was published on May 13, 2022.

The sound engineers Two Bars, Tubhani, ItzJoeBeatz, and ItzCJ Madeit produced the ten-track album G.I.N.A, which included the songs Nyame Dada, No Stress, Grace, Got You, Pay Me, 666, Back To Sender, Black Change, You Are The One, and Hahaha.