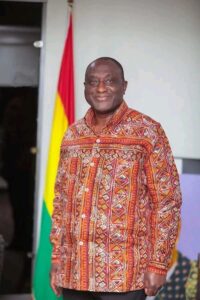 Alan Kwadwo Kyerematen, Minister of Trade and Industry has submitted his resignation from the cabinet according to a source.

Mr. Kyerematen has previously run for the position of New Patriotic Party (NPP) flag bearer, but Nana Akufo-Addo has won every time.

At the University of Ghana, Legon, where the infamous 17 candidates, including the vice president at the time, Alhaji Aliu Mahama, ran for office, he was forced to concede defeat to stop a third round of voting in 2007.

Since then, Mr. Kyerematen’s fortunes have declined as his vote share has decreased with each attempt, and he decided not to run when nominations were closed.

The ruling party is expected to pick a new candidate for the 2024 elections, therefore it is expected that the former Ghanaian ambassador to the US will return to the race and start his campaign for the primaries later this year. President Akufo-Addo has served out his legally required eight-year tenure.

Alhaji Dr. Mahamudu Bawumia, the vice president, will be his greatest challenger because many influential party figures believe he will replace him as the NPP’s candidate on the ballot.

Kennedy Ohene Agyapong and Kwabena Agyei Agyepong, for example, have stated that they plan to run in the 2023 presidential primary elections.

NOT EVERYBODY IN GHANA BELIEVES IN DEMOCRACY; LET’S CONVINCE SUCH PEOPLE- PREZ NANA ADDO SPEAKS. 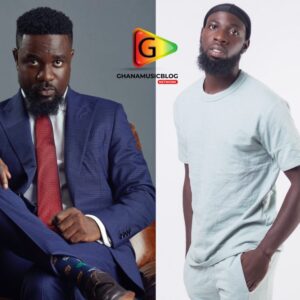 In a series of tweets, Shatta Wale said Ghana music is a disgrace. He also added that Ghanaians should stop feuding with Nigerians over music power and ask for help.

“Is better we stop debating with Nigerian fans, promoters, etc, and ask for help. Me sef I need a record label. Ghana music is a disgrace Mek nobody likes you. Shouts to Naija. Ghana ppl too deh like to talk with no action. Yes, I have said it.”

According to Shatta Wale, he is poised to speak up this year, tweeting, “This year 2023 hard truth nkwaaaa. You need help. I need help. Stop that ego life eno go help you and me… Makaa maka in Reggie Rockstone’s voice.”

Shatta Wale’s new sumission is a turnabout from his earlier view, declaring that he can single-handely take care of his affairs.