A young Nigerian girl has reportedly taken her own life after she lost a phone she bought recently.

The young lady identified as Nora Able was found unresponsive after she drank a substance believed to be poison.

The beautiful girl was later rushed to the hospital but was pronounced dead upon arrival.

According to reports, Nora Able committed suicide after she lost her expensive phone.

Friends of the young lady confirmed her death on Facebook and explained why she committed suicide.

Total Views: 5531 ,
Related Topics:Itelsuicide
Up Next

Shock as man walks into his own funeral

Man prays for thief he caught in his house. 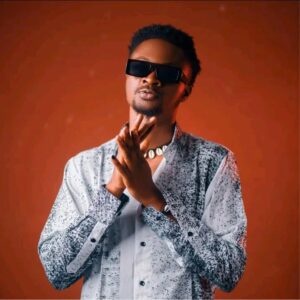 According to the 27-year-old rapper, dating an older woman comes with less stress, and they are easy to understand and easygoing.

Kweku Darlington’s assertion comes as he is about to drop the video for his love single ‘Osama’.

“For the older women, all they want is enjoyment, and I am someone who loves to enjoy a lot, so I see them as a perfect fit.

“Dating a younger person comes with a lot of stress because you will go through all kinds of disruptions that could affect your career.

“Hanging out with an older person is a haven for me, and that is my choice,” Kweku Darlington said in an interview with GNA’s Simon Asare.

When asked whether he was going out with an older woman, Kweku Darlington said, “For now, I am single and I am still searching. I don’t want to rush into it yet, but at the right time, you all get to know.”

Kweku Darlington, since making his breakthrough with ‘Sika Aba Fie’, has produced more dazzling hit tunes, including ‘Sika Kankan’, ‘Onipa’, and ‘Bibie Awu’ among others.

According to information acquired, the former fetish priestess has successfully conned her first group of church members using her “Sika Gari” scam.

According to reports, Nana Agradaa had earlier made a television promise to provide $300,000 to her congregation while promising to double any donations made to her.

Many people were drawn to her church on Saturday by the joyful news to make various financial commitments in the hopes of receiving tenfold returns.

However, Nana Agradaa’s decision to close her church and flee after preaching left the victims unsatisfied.

A heartbroken group of individuals reportedly wept and protested at the church’s facilities in Weija to demand a return of their money, according to videos obtained online.

After years of defrauding trusting victims, the self-styled pastor, a notorious con artist and previous fetish spiritualist, claimed to have repented in April 2021.

The born-again Christian eventually established the Heavenway Champion International Ministry in Weija, which within a short period of time gathered a sizable membership.

It is surprising that individuals continue to fall for her scams and lose out on their hard-earned money.