The recent significant devaluation of the Ghana cedi against the dollar and other major currencies, according to President of the Republic of Ghana, H.E. Nana Addo Danquah Akufo-Addo, is the result of speculation.

He claimed that a two-minute audio message posted anonymously on the WhatsApp network spread panic and dread.

We all went to banks and forex offices to sell our cedis, and before we knew it, the cedi had further devalued, he alleged, because of an anonymous two-minute audio message on the WhatsApp platform that predicted a so-called haircut on government bonds.

ALSO CHECK:Twitter to charge $20 per month for verification badge

According to the President, criticizing and making “unnecessary” comments about the local currency will only make it weaker.

The President emphasized that “sika mpe dede,” meaning “money doesn’t like noise,” in the Akan regional dialect during his speech to the nation on Sunday, October 30.

“My fellow Ghanaians, money does not enjoy noise, or as the French would say, l’argent n’aime pas le bruit, sika mp dede. You won’t find money in places where there is disorder, noise, or discontent “declared the President.

Ending the pointless clamor will, in the President’s words, “ensure a stable currency that will present a high level of predictability for citizens and the business community.”

He further said “Our motto must be “exports, not imports”! After so, the Secretariat of the African Continental Free Trade Area has its headquarters in Accra.” 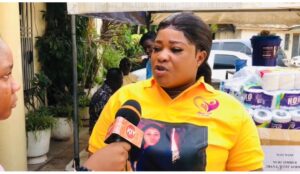 Social media influencer and philanthropist, Abena Odo through her non profit organization “Abena Odo Foundation” has donated items to the ‘Reconstructive Plastic Surgery & Burns Centre’ unit of the Korle Bu Teaching Hospital in Accra, ahead of the yuletide holidays. It was the influencer’s wish to celebrate the Christmas with the sick and and afflicted.

The items presented were packs of toiletries, dispensaries, drinks, water, food and some undisclosed amount of money. The team was warmly welcomed by management or the unit and thanked them for such benevolence done themselves. The food/drinks were shared on the spot to the sick and hurt.

Abena Odo in an interview with KTV at the premises explained that she set up her “Abena Odo Foundation” to aid people (expecially young ones) who are devastatingly burnt by fire or heat and who cannot afford to foot their bills. Also, her foundation assists alland pays bills for nursing mothers who are left to sleep on the bare floor after delivery because they cannot afford to pay for their bills. She further asserted that her passion towards this quest was activated when sometime back she visited a friend of hers in a hospital and found a nursing mother on the floor with a fresh set of twins. She said it literally broke her heart, hence she set up the foundation.

After barely two years in existence, “Abena Odo Foundation” has supported and paid bills and of burned patients and freshly delivered mothers who find it difficult to pay their bills. The ‘Reconstructive Plastic Surgery & Burns Centre’ unit of the Korle Bu Teaching Hospital in Accra, confirmed that it was Abena’s second time coming to donate items to them.

Abena Odo at the end, solicited for more hands to be on deck to help these victims because she could not do it all alone.

Watch snippets of the donation from below.

Contact Abena Odo Foundation by this Mobile money for further enquiries and sponsorship – 0593324910. 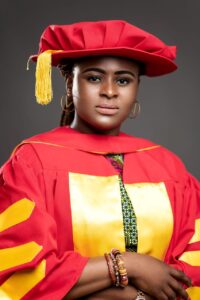 Elizabeth has showed an outstanding achievement in her philanthropic and advocacy work over the years.
Since 2017, her NGO ‘Speciallady Awareness’ has consistently carried out outreach projects in educational establishments and communities in Ghana to raise awareness on reproductive health disorders and combat menstrual poverty. 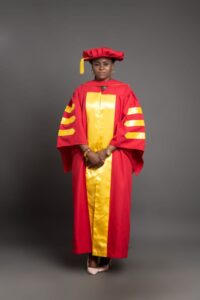 She established Special Lady Awareness after experiencing a long health history of medical negligence and complications.
The NGO has successfully donated sanitary products and medical items worth thousands of pounds in Ghana.

Elizabeth has made international headlines in over 150 countries with her story being born with a rare congenital abnormality called uterus didelphys.
Uterus didelphys is a rare congenital condition where a female foetus is born with two uteruses, sometimes the baby has two cervixes and rarely two vaginas.
A uterus starts as two ducts. As an unborn baby (foetus) develops, these ducts join together to create the uterus. In Elizabeth’s case the two ducts failed to join together.
She also suffers from severe endometriosis, uterine fibroids and other reproductive health issues.
Elizabeth took a stance and became a Woman Reproductive Health Advocate to encourage other women to seek early diagnosis and appropriate treatment to prevent future medical complications.

Elizabeth happens to be the first black woman in the world to share her story.
She continues to campaign for an early medical intervention for women and girls suffering from reproductive health disorders.
She is the author of the book ‘The Unspoken Identity – The Woman with Two Vaginas.
The book narrates Elizabeth’s journey in discovery of her rare congenital abnormality and other reproductive health issues.